“But whatever the importance of this process of analogy in art, art does not find its profoundest formula here. As long as we discover a sign’s meaning in something else, matter still subsists, refractory to spirit. On the contrary, art gives us the true unity: unity of an immaterial sign and of an entirely spiritual meaning. The essence is precisely this unity of sign and meaning as it is revealed in the work of art.” (p. 40)

“Art therefore has an absolute privilege, which is expressed in several ways. In art, substances are spiritualized, media dematerialized. The work of art is therefore a world of signs, but they are immaterial and no longer have anything opaque about them, at least to the artist’s eye, the artist’s ear. In the second place, the meaning of these signs is an essence, an essence affirmed in all its power. In the third place, sign and meaning, essence and transmuted substance, are identified or united in a perfect adequation. Identity of a sign as style and of a meaning as essence: such is the character of the work of art.” (p. 50) 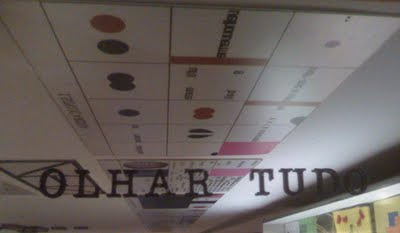 “Between revolution and religion, poetry is the other voice. Its voice is other because it is the voice of the passions and of visions. It is other-worldly and this-worldly, of days long gone and of this very day, an antiquity without dates. Heretical and devout, innocent and perverted, limpid and murky, aerial and subterranean, of the hermitage and of the corner bar, within hand’s reach and always beyond. All poets in the moments, long or short, of poetry, if they are really poets, hear the other voice. It is their own, someone else’s, no one else’s, no one’s and everyone’s. Nothing distinguishes a poet from other men and women but those moments – rare yet frequent – in which, being themselves, they are other. The possession of strange forces and powers, the sudden emergence of a store of psychic knowledge buried in the most private depths of their being, or is it a singular ability to associate words, images, sounds, forms? It is not easy to answer such questions. But I do not believe that poetry is simply an ability. And even if it were, from where does it come? In sum, no matter what it may be, what is certain is that the great oddness of the poetic phenomenon suggests an ailment that still awaits a physician’s diagnosis. Ancient medicine – and ancient philosophy too, beginning with Plato – attributed the poetic faculty to a psychic disorder. A mania, in other words, a sacred fury, an enthusiasm, a transport. But mania is only one of the poles of the disorder; the other is absentia, inner emptiness, that ‘melancholy apathy’ that the poet speaks of. Fullness and emptiness, flight and fall, enthusiasm and melancholy: poetry.”

"A fiction that by no means savours of barbarity"

“Come boldly, every one of you, and assemble together to dine off me, for you shall at the same time eat your fathers and grandfathers, whose flesh has served to feed and nourish this body. These muscles, this flesh and these veins are yours, poor fools that you are! can you not see that they still contain the substance of your ancestor’s limbs? Relish them well, you will find that they have the flavor of your own flesh.”

“I would have every man write about what he knows, and no more than he knows, not only in this but on all other subjects. For a man may have some particular knowledge or experience of the nature of a river or a fountain, who otherwise knows no more than what everybody knows. Yet he will undertake, in order to circulate this little scrap of knowledge, to write a book on the whole science of physics. From this fault spring many great abuses.”