The Hill from Ipanema

Two Brothers, in the dark of night
After setting down the instruments
How I learned to respect the sight
And suspect the marked silence

It's as if the rhythm of nothing
Were every rhythm from within
Or else, an old song hovering
Still over a mountain in motion

Posted by Marco Alexandre de Oliveira at 7:27 PM No comments:

"Some people think they can explain rationally, by thought, what they think. But that is extremely relative. Psychoanalysis is a dangerous disease, it puts to sleep the antiobjective impulses of men and systematizes the bourgeoisie. There is no ultimate Truth. The dialectic is an amusing mechanism which guides us / in a banal kind of way / to the opinions we had in the first place. Does anyone think that, by a minute refinement of logic, he has demonstrated the truth and established the correctness of these opinions? Logic imprisoned by the senses is an organic disease. To this element philosophers always like to add: the power of observation. But actually this magnificent quality of the mind is the proof of its impotence. We observe, we regard from one or more points of view, we choose them among the millions that exist. Experience is also a product of chance and individual faculties. Science disgusts me as soon as it becomes a speculative system, loses its character of utility – that is so useless but is at least individual. I detest greasy objectivity, and harmony, the science that finds everything in order. Carry on, my children, humanity . . . Science says we are the servants of nature: everything is in order, make love and bash your brains in. Carry on, my children, humanity, kind bourgeois and journalist virgins . . . I am against systems, the most acceptable system is on principle to have none. To complete oneself, to perfect oneself in one's own littleness, to fill the vessel with one's individuality, to have the courage to fight for and against thought, the mystery of bread, the sudden burst of an infernal propeller into economic lilies...."

Posted by Marco Alexandre de Oliveira at 2:06 PM No comments: 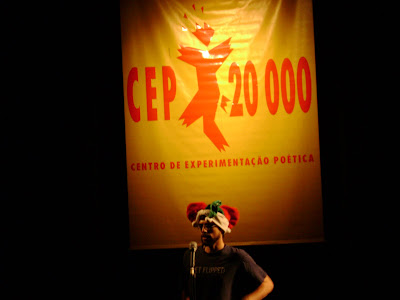 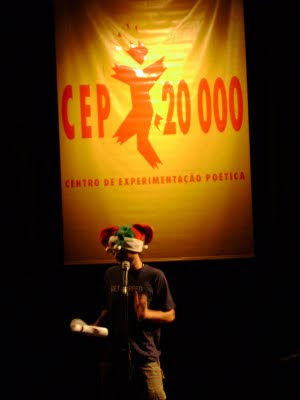 Posted by Marco Alexandre de Oliveira at 7:06 PM No comments:

Posted by Marco Alexandre de Oliveira at 11:17 AM No comments:

"Anyone intending to embark on a major work should be lenient with himself and, having completed a stint, deny himself nothing that will not prejudice the next."

"In your working conditions avoid everyday mediocrity. Semi-relaxation, to a background of insipid sounds, is degrading. On the other hand, accompaniment by an etude or a cacophony of voices can become as significant for work as the perceptible silence of the night. If the latter sharpens the inner ear, the former acts as a touchstone for a diction ample enough to bury even the most wayward sounds."

"Keep your pen aloof from inspiration, which it will then attract with magnetic power. The more circumspectly you delay writing down an idea, the more maturely developed it will be on surrendering itself. Speech conquers thought, but writing commands it."

"Consider no work perfect over which you have not once sat from evening to broad daylight."

"Do not write the conclusion of a work in your familiar study. You would not find the necessary courage there. "

"The work is the death mask of its conception."