"So what are we doing here? Let me tell you a wonderful, old joke from Communist times. A guy was sent from East Germany to work in Siberia. He knew his mail would be read by censors, so he told his friends: 'Let’s establish a code. If a letter you get from me is written in blue ink, it is true what I say. If it is written in red ink, it is false.' After a month, his friends get the first letter. Everything is in blue. It says, this letter: 'Everything is wonderful here. Stores are full of good food. Movie theatres show good films from the west. Apartments are large and luxurious. The only thing you cannot buy is red ink.' This is how we live. We have all the freedoms we want. But what we are missing is red ink: the language to articulate our non-freedom. The way we are taught to speak about freedom— war on terror and so on—falsifies freedom. And this is what you are doing here. You are giving all of us red ink."

(Slavoj Žižek, "We are the Awakening." Speech given at Zuccotti Park to the Occupy Wall Street movement on Saturday, October 8, 2011)

"Take a newspaper.
Take some scissors.
Choose from this paper an article the length you want to make your poem.
Cut out the article.
Next carefully cut out each of the words that make up this article and put them all in a bag.
Shake gently.
Next take out each cutting one after the other.
Copy conscientiously in the order in which they left the bag.
The poem will resemble you.
And there you are--an infinitely original author of charming sensibility, even though unappreciated by the vulgar herd." 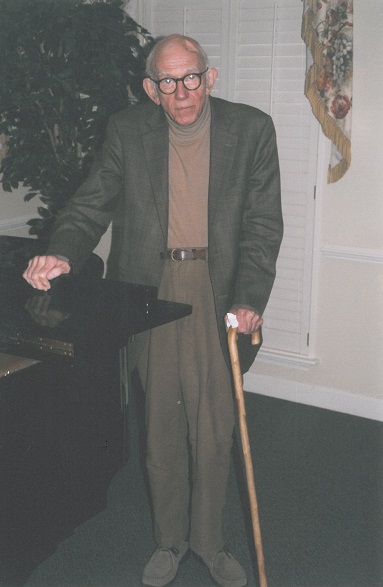 Who was Ashley Brown?  Ashley Brown was not a clown who rode to town in a coffin.  He was a literary man, a man of letters, a cultured man.  He was an extraordinary, ordinary man of the 20th century.   He was born in another time, in another era.  He was a child of nickelodeons: one for a nickel, two for a dime.  He was the sound of silent cinema.  His fingers tapping away on the piano, his eyes staring away at the screen.  He was a scholar.  A professor.  He knew something about everything.  He knew a lot about a little too.  He knew almost everyone, it seemed.  Flannery O’Conner. Elizabeth Bishop. Elizabeth Spencer (I’d never heard of her).  He decided to phone D.H. Lawrence after he found his name in the phone book.  He had tea with T. S. Eliot, and a mad tea party with Ezra Pound, who used to call him Ash Wednesday, by the way.  To me, he was just Vovô Ashley.  He would give my dad a heart attack. His pats would almost break my back.  I could not take it but there I was, there, there, back, once more, for more.  With his so ons and so forths, he could go on and on, there, there, and so on, and so forth, everywhere we would go.  We used to go to Nonnah’s.  We used to have lunch every Saturday at Yesterday’s, where a giant man in a cowboy hat with a mustache took a bath in a giant bathtub.  He had always been an old man.  He told me to watch out for the little green man, before crossing the street.  He was funny.  He had quite a sense of humor.  He was a kind, simple kind of man.  A very gentle, gentleman.  His glasses were a spectacle.  He was a quiet, meditative man.  He would overcome death on occasion.  He had a hole in his head and a whole lot of ideas, about everything and everyone.  Henry James’ illumination at the train station.  James Joyce’s evolution from lyric to epic to drama. The Waste Land is no waste of time.  “Now, what are you reading these days?” He would ask me.  He was interesting and interested in things. He had an amazing book, music, art collection.  Paul Klee will stay at my place, ok?  Ashley Brown lived in a townhouse downtown on Gregg St.  He would sit at his window sipping away his Earl Grey.  He was an American with English manners.  He had an aristocratic air about him.  At dinner he would serve me a glass of Ginger Ale.  Before bed he usually had a night cap.  At the end of his life he lived in a Glass House, where you can always see who comes to call, where everything hanging from the ceiling and on the walls stays where it is as if by magic, where he slept nights in a glass bed, under glass sheets, where who he was would sooner or later appear etched by a diamond … or maybe not.   He ended up at Still Hopes.  There was still hope, there, there, and so on and so forth. He passed away one day, into the silence without a sound, not with a bang or a whimper.  He was a great one, Ashley Brown, and I will ever be a grateful grandson.
Marco Alexandre de Oliveira
(Read by Marc Minsker)
Rutledge Chapel
University of North Carolina
13 October 2011
Posted by Marco Alexandre de Oliveira at 8:49 PM No comments: