“Between the cause and its intentionality falls the shadow. Can we then unquestionably propose that a story has a unique meaning in the first place? To what end does the series of events tend if the author of the outcome is not unequivocally the author of the cause? Does it not suggest that agency arises in the return of the subject, from the interruption of the series of events as a kind of interrogation and reinscription of before and after?” (p. 272)

“In the process I’ve described as the return of the subject, there is an agency that seeks revision and reinscription: the attempt to renegotiate the third locus, the intersubjective realm.” (p. 274)

“The process of reinscription and negotiation – the insertion or intervention of something that takes on new meaning – happens in the temporal break in-between the sign, deprived of subjectivity, in the realm of the intersubjective. Through this time-lag – the temporal break in representation – emerges the process of agency both as a historical development and as the narrative agency of historical discourse.” (p. 274)

“This ... enables the historian to get away from defining subaltern consciousness as binary, as having positive or negative dimensions. It allows the articulation of subaltern agency to emerge as relocation and reinscription. In the seizure of the sign … there is neither dialectical sublation nor the empty signifier: there is a contestation of the given symbols of authority that shift the terrains of antagonism. The synchronicity in the social ordering of symbols is challenged within its own terms, but the grounds of engagement have been displaced in a supplementary movement that exceeds those terms. This is the historical movement of hybridity as camouflage, as a contesting, antagonistic agency functioning in the time-lag of sign/symbol, which is a space in-between the rules of engagement.” (p. 277)


(Homi Bhabha, “The postcolonial and the postmodern,” The Location of Culture.)
Posted by Marco Alexandre de Oliveira at 1:47 PM No comments:

“In this salutary sense, a range of contemporary critical theorists suggest that it is from those who have suffered the sentence of history – subjugation, domination, diaspora, displacement – that we learn our most enduring lessons for living and thinking. There is even the growing conviction that the affective experience of social marginality – as it emerges in non-canonical cultural forms – transforms our critical strategies. It forces us to confront the concept of culture outside objects d’art or beyond the canonization of the ‘idea’ of aesthetics, to engage with culture as an uneven, incomplete production of meaning and value, often composed of incommensurable demands and practices, produced in the act of social survival. Culture reaches out to create a symbolic textuality, to give the alienating everyday an aura of selfhood, a promise of pleasure.” (p. 247)

(Homi Bhabha, “The postcolonial and the postmodern,” The Location of Culture.)
Posted by Marco Alexandre de Oliveira at 9:48 PM No comments:

“… colonial mimicry is the desire for a reformed, recognizable Other, as a subject of a difference that is almost the same, but not quite. Which is to say, that the discourse of mimicry is constructed around an ambivalence; in order to be effective, mimicry must continually produce its slippage, its excess, its difference. The authority of that mode of colonial discourse that I have called mimicry is therefore stricken by an indeterminacy: mimicry emerges as the representation of a difference that is itself a process of disavowal. Mimicry is, thus the sign of a double articulation; a complex strategy of reform, regulation and discipline, which ‘appropriates’ the Other as it visualizes power. Mimicry is also the sign of the inappropriate, however, a difference or recalcitrance which coheres the dominant strategic function of colonial power, intensifies surveillance, and poses an immanent threat to both ‘normalized’ knowledges and disciplinary powers.” (p. 122-123)

“What emerges between mimesis and mimicry is a writing, a mode of representation, that marginalizes the monumentality of history, quite simply mocks its power to be a model, that power which supposedly makes it imitable. Mimicry repeats rather than re-presents …” (p. 125)

“Mimicry conceals no presence or identity behind its mask …. The menace of mimicry is its double vision which in disclosing the ambivalence of colonial discourse also disrupts its authority.” (p. 126)

“In mimicry, the representation of identity and meaning is rearticulated along the axis of metonymy. As Lacan reminds us, mimicry is like camouflage, not a harmonization of repression of difference, but a form of resemblance, that differs from or defends presence by displaying it in part, metonymically. Its threat, I would add, comes from the prodigious and strategic production of conflictual, fantastic, discriminatory ‘identity effects’ in the play of a power that is elusive because it hides no essence, no ‘itself’. And that form of resemblance is the most terrifying thing to behold …” (p. 128-129)

“The ambivalence of mimicry - almost but not quite - suggests that the fetishized colonial culture is potentially and strategically an insurgent counter-appeal. What I have called its ‘identity-effects’ are always crucially split. Under cover of camouflage, mimicry, like the fetish, is a part- object that radically revalues the normative knowledges of the priority of race, writing, history. For the fetish mimes the forms of authority at the point at which it deauthorizes them. Similarly, mimicry rearticulates presence in terms of its ‘otherness’, that which it disavows.” (p. 129-130)


(Homi Bhabha, “Of mimicry and man,” The Location of Culture.)
Posted by Marco Alexandre de Oliveira at 1:04 PM No comments: 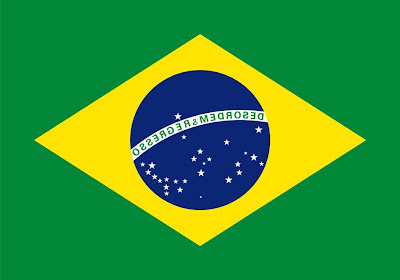